Theme: AI - The Next Evolutionary Step in Digital Transformation

We take the pride to welcome all the participants to attend “7th Global Summit on Artificial Intelligence and Neural Networks” to be held in Helsinki, Finland on October 24-25, 2019.

Neural Networks 2019 conference will focus on the latest and exciting innovations in all areas of Artificial Intelligence and Neural Networks research which offers a unique opportunity for the participants across the globe to meet, network, and perceive new scientific innovations. This year’s global summit conference highlights the theme, “AI - The Next Evolutionary Step in Digital Transformation” which reflects the ground-breaking progress in Artificial Intelligence research. The two days conference includes oral presentations, poster presentations, workshops, symposiums and special keynote sessions conducted by eminent and renowned speakers who excel in the field of AI and Neural Networks.

Learning how AI works and understanding its implications is as important as learning to read and wright. It will help to improve, transform or create, as we begin to apply it to so many different fields. Nearly every tech company is planning to invest in AI research and development, which clearly indicates the importance that Artificial Intelligence, holds for businesses in general. Healthcare Industries are poised for becoming those industries that is elevated and made better by machine learning and artificial intelligence. AI algorithms are able to take information from electronic health records, insurance records and even wearable sensor devices to design a personalized treatment plan for patients.

The theory and development of computer systems which enables them to perform tasks normally requiring human intelligence, such as visual perception, speech recognition, decision-making, and translation between languages can be termed as Artificial Intelligence. It’s a research area of computer science that emphasizes the creation of intelligent machines that will work and react like humans. AI makes it accessible for machines to learn from experience, adjust to new inputs and perform human-like tasks. But AI is different from hardware-driven, robotic automation. AI performs frequent, high-volume, computerized tasks reliably and without fatigue instead of automating manual tasks. Automation, conversational platforms, bots, and smart machines can be combined with large amounts of data to improve many technologies at home and in the workplace, from security intelligence to investment analysis.

The data is becoming more concise and contextually applicable, breaks new ground for artificial intelligence (AI) and machine learning, and even shift them from research labs to production. AI and Big Data still do work well together, as AI needs data to build its intelligence and Big Data can provide the data needed to train the learning algorithms, particularly machine learning. Two types of data learning are there- the basic training, which is a sort of priming the pump, and routinely gathered data. With Big Data to feed the processors, machine learning algorithms can learn how to reproduce a certain behavior, including collecting the data to in turn speed up the machine.

Machine learning is a subdivision of artificial intelligence based on the idea that systems can learn from data, make decisions and identify patterns with minimal human intervention. They’re typically grouped by either learning style (supervised learning, semi-supervised, learning unsupervised learning) or by a similarity in form or function (deep learning, classification, regression, decision tree, clustering,). It facilitates the continuous advancement of computing through exposure to new scenarios, testing, and adaptation while employing pattern and trend detection for improved decisions in subsequent situations.

Artificial neural networks (ANNs) are statistical models directly inspired and partially modeled on neural networks (biological). They are capable of processing and modeling nonlinear dependence between inputs and outputs in parallel. They are characterized by containing flexible weights along paths between neurons that can be tuned by a learning algorithm that learns from observed data in order to improve the model.

Deep Learning is a function of artificial intelligence that imitates the workings of the human brain in processing data and creating patterns for use in decision making. It is a subdivision of machine learning in Artificial Intelligence (AI) that has networks capable of learning unsupervised from data that is unstructured or unlabeled.

Computer vision is a research field of computer science that works on enabling computers to see, process and identify images in the same way that human vision does, and then provide the appropriate output. It is a multidisciplinary field that approaches with how computers can be made to gain a high-level understanding from videos or digital images. The artificial systems extract information from images and the data collected from the image can take many forms, such as views from multiple cameras, video sequences, or multi-dimensional data from a medical scanner.

Fuzzy Logic (FL) is a technique of reasoning that resembles human reasoning. It imitates the means of decision making in humans that involves all intermediate prospects between digital values YES and NO. Fuzzy logic can be applied to non-engineering applications as illustrated in the stock trading application and also has been used in medical diagnosis systems and in handwriting recognition applications. A fuzzy logic system can be applied to almost any type of system that has inputs and outputs, as they are well suited to nonlinear systems and systems that have multiple inputs and multiple outputs. And any understandable number of inputs and outputs can be accommodated. It can control machines and consumer products.

Robotics is considered a subdivision of mechatronics since almost all robots are mechatronic systems but not all mechatronic systems are robots. Robotics is a specific class of mechatronic systems. A robot is a reprogrammable mechanical device which performs operations while interacting with its environment. The science involved behind the manufacturing and application of robots are robotic engineering and application of robots. Industrial robots and aerial robots such as quad-rotor helicopters are typical examples of robotic systems. Mechatronics integrates electronics, computers, and controls in the design of high-performance systems. Most modern products such as automobiles, household appliances, printers, hard-disk drives, surgical tools, to name a few embody numerous 'intelligent' or 'smart' features enabled by mechatronics.

Natural Language Processing in AI is a way for computers to understand, analyze, and derive meaning from human language in a useful and smart way. By understanding NLP, developers can structure and organize knowledge to perform tasks such as automatic summarization, translation, named entity recognition, relationship extraction, sentiment analysis, speech recognition, and topic segmentation. It combines AI with computational linguistics and computer science to process human or natural languages and speech. The preliminary task of NLP is to understand the language received by the computer. And then computer uses a built-in statistical model to perform a speech recognition routine that converts the natural language to a programming language.

Cognitive computing systems use computerized models to simulate the human cognition process to find solutions in complex situations where the answers may be uncertain and ambiguous. Cognitive computing systems have the processors that can synthesize data from various information sources while weighing context and conflicting evidence to suggest the best possible results. To achieve these results, cognitive systems include self-learning technologies that use data mining, pattern recognition and natural language processing (NLP) to mimic the way the human brain works.

Automation and AI is changing the business environment across industries, delivering new opportunities through automated, intelligent products. Many companies are ahead of the curve, and others are stagnating in their adoption of the tech. Artificial intelligence (AI) is effectively an umbrella term to describe the processes of intelligent automation, like machine learning, deep learning, cognitive computing and natural language processing (NLP). AI and automation and other emerging technologies will allow businesses to boost productivity, cut costs by freeing up workers from more mundane tasks, increase agility and flexibility, and spur innovation.

The Internet of Things (IoT) is a system of interrelated computing devices, digital machines, and mechanical objects, animals or people that are provided with unique identifiers and the ability to transfer data over a network without requiring any human-to-computer or human-to-human interaction. The IoT generates a massive amount of data whereas cloud computing creates a pathway for that data to travel to its destination, thus helping to increase efficiency in our work. 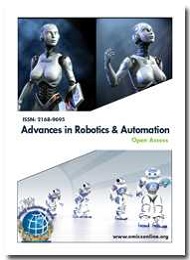 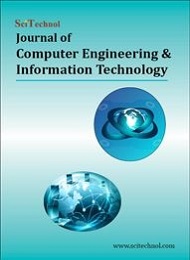